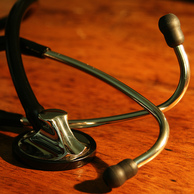 With the 2012 regular legislative session completed, a key element of last year’s session continues to be analyzed. Section 17b-369 of the State of Connecticut General Statutes was revised last year, and requires the Commissioner of Social Services to develop a strategic plan to rebalance long-term care supports and services between those provided in institutions (nursing facilities) and those provided in home and community based settings.

The state hired Mercer Consulting to evaluate the current landscape, and a draft report evaluating the State’s home and community based waiver program was issued in December 2011.

The underlying reasons and drivers for some of these statistics can be debated, but the fact is that they are now documented in a state-sponsored report.  Regulators and politicians will likely refer to this report as evidence to support future initiatives and positions.

The report also suggested looking at six targeted initiatives that the State should analyze with the goal of successful rebalancing:

Late in 2011, a group of more than 60 individuals, including representatives from Mercer Consulting, the state and the long-term care provider community, met on how best to advance these initiatives. Significant discussion on these initiatives occurred, and follow-up commentary was provided back to Mercer Consulting. A draft of the right size strategic plan was issued January 15, 2012. This draft emphasizes the importance of the six targeted areas above and provided some additional tangible elements which are still needed to begin the rebalancing process. The final report was issued on April 16, 2012. The main objectives of the report were not significantly different than what was included in the draft.

Certain elements of the report which the state hopes to implement in the short term were included in the Governor’s 2013 fiscal year budget. The Governor’s budget addresses rebalancing through funding for nursing home workforce retraining, nursing home diversification, downsizing or modernization and a hospital discharge information system.  The Governor’s budget also contains initiatives to expedite the “Money Follows the Person Program” funds to bring residents back to the community through home modernization and expansion of the assisted living pilot program.

Many of these initiatives were included in the final bonding bill passed by the House and Senate including $10 million for nursing home diversification, $1 million for home modernization in the community and $12 million for congregate housing development.  Additionally, $11 million has been budgeted for “Money Follows the Person Programs”, and a special session could result in additional budget initiatives being funded.

The next step identified in the final Mercer Consulting report is to take the information obtained to date and determine how it will affect the supply and demand for nursing facilities services on a local level in the future. This step will help to shape the state’s policy approach for the industry in future years.

It is important that you begin to prepare for these changes.  Make sure you understand your source of patients, how this might change under a rebalancing scenario and what, if any, role you might play in implementing rebalancing. Changes to the way the state’s elderly population are cared for is coming.